Home / 1998 / She’ll teach you how to unleash your inner skank. Reality show potential?

She’ll teach you how to unleash your inner skank. Reality show potential? 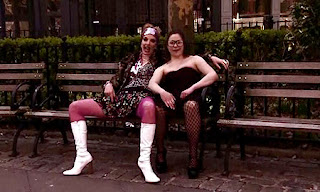 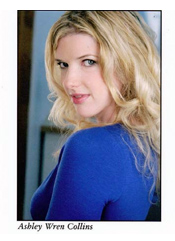 Here’s a a feminist platform you can get behind.

Actress Ashley Wren Collins (C’98, Bloomers, Penn Players) has created “Mother Eve’s Secret Garden of Sensual Sisterhood” and a really funny character that she is trying to pitch to tv producers as a reality show.

After the jump, watch Ashley’s episode, “Unleash Your Inner Skank” and find out who wins if you dress like a nun, …and also why “we don’t want to ask for what we don’t not want to never not have”.

A+ for usage of the words “Times new roman italic”.  Watch this funny short below!

In Episode #4 above of MOTHER EVE’S SECRET GARDEN OF SENSUAL SISTERHOOD (MESGOSS), “Unlease Your Inner Skank,” Mother Eve teaches Rhododendron and fellow Secret Garden students to take control of their inner sexy-goddess, and leave behind their old frumpy, dumpy and lumpy frames of mind. Mother Eve transforms her Divine Petals with her “Skank Rap,” inspired by the likes of Eleanor Roosevelt, Maya Angelou, Hillary Clinton, and Russian figure skaters!

Why: Scripted television has yet to tap the enormous audience responsible for the self-help industry growing into an $11 BILLION MARKET with an expected 11.8% annual growth. An estimated
40,000 people work as life or work coaches in the U.S. alone. The show is inspired by this real-life movement.

The Secret Garden is a self-help retreat for women who feel frumpy, dumpy, lumpy, unhappy and crappy. The Sisterhood is comprised of The Divine Petals, seven women who yearn to discover the confident, sensual, empowered potted plant within them.

Mother Eve hosts the Secret Garden in her New York City apartment. With the aid of her male staff (Practice Guy and Temp), Mother Eve shares her unique “Pussy Power” lessons and inspired “Turning Lemons into Potpourri” wisdom to help her students attain success in relationships, sex, and career.

The arc of the series focuses on the retreat’s “semester.” The struggles and insecurities of the characters drive each episode. Don’t be surprised by a musical number derived from a variety of
incongruous styles to inspire, advance or punctuate the plot.

The show is a delicate balance of parody and poignancy. Although it lovingly pokes fun at the seminars of the self-help movement,
Mother Eve’s methods do change the lives of these quirky but real characters for the better.

Tune in this fall when Ashley appears on Showtime with Malcolm McDowell, Timothy Bottoms, and Angus Macfadyen in POUND OF FLESH.