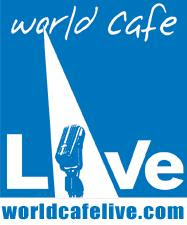 I think most alumni know WXPN and their great eclectic music programming.

Kiera Reilly in alumni relations emailed me that the Penn-owned radio station recently announced that it is taking its show to TV! PBS began broadcasting a new show in May of 2007, “On Stage At World Cafe Live” featuring live performances recorded at University City ’s World Cafe Live concert venue.

For more information, go to http://worldcafelive.com/onstage/

On July 29 the show will review the best episodes of the season. (Check your local PBS listings for the full artist line-up as well as the series airdates, re-runs and times outside of Philadelphia!)

To my knowledge one Penn artist whose music has been played on WXPN and World Cafe is one of my favorites: Gabriel Mann (C’95).

Click here to check out all the posts I’ve written on Gabe.