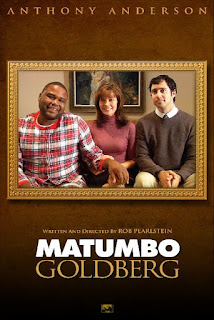 Even after 13 years since graduation two Penn filmmakers are still collaborating and doing some high level Hollywood projects together.

MATUMBO GOLDBERG is about a trendy, none-too-bright couple who adopts an African baby, only to find their new son isn’t quite what they expected. The film stars Anthony Anderson (The Departed, Transformers, Law & Order) and J. Robin Miller (Andy Barker P.I., General Hospital)

(*fyi, per the Writer’s strike guidelines he was allowed to do this nonpaid video during the strike)

Rob’s path to becoming a Hollywood creative force went from starting as a copywriter at an ad agency to becoming a finalist in a HIGHLY reputable contest while Loren’s path had him starting at a big Hollywood talent agency and going onto film school. Then in 2006 they came together to work on a short that was nominated OSCAR (featuring Kevin Pollak and LOST’s “Hurley”)!

Click here to learn more about each of their exciting beginnings!

Catch up:
Watch their Oscar nominated film: OUR TIME IS UP below: