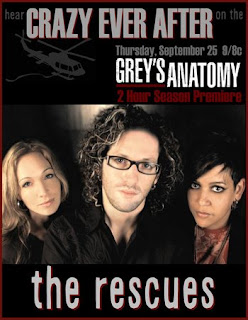 Gabriel Mann (C’95, Off the Beat) and his group The Rescues have an acoustic version of their song “Crazy Ever After” which will be featured on this Thursday’s 2 HOUR SEASON PREMIERE of Grey’s Anatomy (9/25)!

Gabe and The Rescues will also have their song “Sweetspot” featured in the film The Lucky Ones starring Rachel McAdams and Tim Robbins which premieres this Friday, September 26th!

Get “Crazy After Ever”

Get the “Crazy After Ever” album 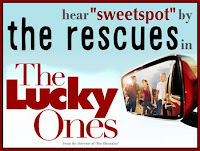 More of my past Gabriel Mann posts!

One thought on “His Music Featured on Thursday’s GREY’S ANATOMY!”