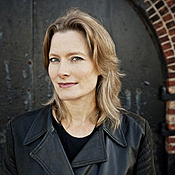 If you haven’t heard by now, Penn alum Jennifer Egan (C’85) won a Pulitzer prize for her very creatively constructed novel “A Visit From the Goon Squad

What you may not have heard is that Hollywood has already knocked on her door regarding the book.

After the jump, find out more about the book, and where you’ll be able to see an adaptation of this novel in the year/s to come.

So what made Jennifer’s book, A Visit From the Goon Squad 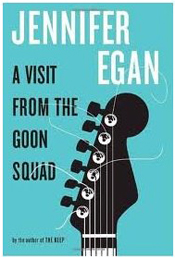 The book “focuses on a coterie of characters first introduced as they orbit the world of punk rock in 1980s San Francisco. Their lives are explored for the next 30 or so years, with interlocking stories that deal as much with changes in the lives of the characters as it does changes in technology. Egan uses unorthodox methods to tell her tale. One chapter is about how, in 2015, babies use touch screens to download music they like. Another chapter is written as a PowerPoint presentation by a 12-year-old girl, and the subject is famous rock songs that have pauses in the middle. During the chapter, the teen reveals much about her life. The Pulitzer committee described the book as “an inventive investigation of growing up and growing old in the digital age, displaying a big-hearted curiosity about cultural change at warp speed.”

Sounds intriguing, huh?  Well, based on this juicy storyline, it looks like the book will be turned into a TV series for HBO. (source)

And this isn’t Jennifer’s first dance with Hollywood. Her book, The Invisible Circus

was turned into a film in 2001. Plus her other books have received great praise including Emerald City and Other Stories

(nominated for a National Book award in 2001), Look at Me

, and the bestselling The Keep

Jennifer has been a friend to Penn’s Kelly Writers House through the years.  Below check out her opening comments when she spoke there in 2006:

* Get advice HERE on becoming an published author from Penn alumni who have done it! *