Home / This novelist is a “Breakthrough” semi-finalist

This novelist is a “Breakthrough” semi-finalist 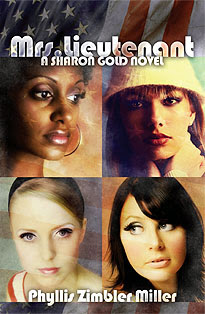 Phyllis’ story is a personal one based on her own experiences in 1970 as one of 4 women who came together when their husbands went on active duty as officers in the U.S. Army.

“They had their whole lives to look forward to if only their husbands could survive Vietnam.

In the spring of 1970 – right after the Kent State National Guard shootings and President Nixon’s two-month incursion into Cambodia – four newly married young women come together at Ft. Knox, Kentucky, when their husbands go on active duty as officers in the U.S. Army.

Different as these four women are, they have one thing in common: Their overwhelming fear that, right after these nine weeks of training, their husbands could be shipped out to Vietnam – and they could become war widows.

Sharon is a Northern Jewish anti-war protester who fell in love with an ROTC cadet; Kim is a Southern Baptist whose husband is intensely jealous; Donna is a Puerto Rican who grew up in an enlisted man’s family; and Wendy is a Southern black whose parents have sheltered her from the brutal reality of racism in America.”

One review from the Amazon book page for MRS. LIEUTENANT:
“All the books and movies I’ve seen about the Vietnam War are from the point of view of men. So it’s really exciting to have a book that focuses on the point of view of women during that tumultuous time, and even more so women whose husbands have just voluntarily joined the army. I particularly appreciated the news items at the beginning of each chapter so that the context of the women’s world is clear. And I enjoyed reading the information about how to be a good officer’s wife. Taken all together, I think this is a unique and important look into a specific segment of women during a divisive period in American history.”

According to Phyllis, “I wrote this novel to preserve a record of a significant historical period for women – the experience of the wives of officers during the Vietnam War. I saved all the original documents from when I was a new Mrs. Lieutenant in the spring of 1970, and this novel is a dramatic representation of my experiences. I’m now working on MRS. LIEUTENANT IN EUROPE, which will involve being an officer’s wife in Germany during the Cold War – with even more original documentation.”

Check out the first few pages of the novel here and add a review of your own
(According to the competition instructions, the more reviews the more likely the judges will pay attention to Phyllis’ novel during the judging for the 10 finalists.)