This Penn alum’s Hollywood writing career is anything but cancelled 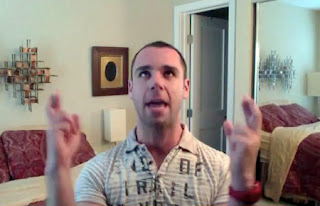 As we approach year 5 of DT, I continues to expand our arsenal of entertaining “insider-tip”-filled vlogs from Penn undergrads and alumni as they pursue the ups and downs of their entertainment career journeys: 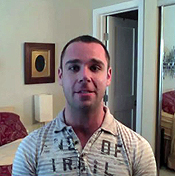 Today, we now add Rob, another Penn personality to our mix of vloggers.

Rob Forman (W’06) has been out here in LA for the past 5 years pursuing television writing, and is beyond just starting out in the business.

After the jump, watch Rob as he talks about his journey from Penn to LA, the agency he first worked at, and the TV shows on which he’s been a writer’s assistant.


The big takeaways from Rob’s vlog above:

1) While Penn alumni seeking entertainment careers tend to be ambitious about wanting to set something up before moving to LA, Rob clarifies that interviewing for jobs really starts “the second you move out here”.

2) Listen to Rob’s interesting journey as he worked as a writers assistant from TV show to TV show, while at the same time working on his craft.   I think the takeaway here is that it’s all about the journey.

In the coming weeks, check back for Rob’s next DT installment when he talks about the steps he’s taking from being “an aspiring writer” to a “paid writer” and the portfolio of “spec scripts” he’s completed.

For any undergrad or alum considering a move to LA to pursue a career in entertainment, be sure to follow us this summer here and on our Facebook and twitter pages!