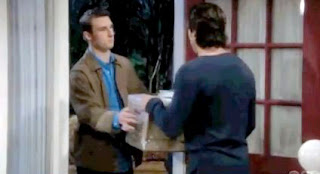 As you know from reading DT, I love following the path of actors who come out to LA.  No two journeys are ever the same.

We haven’t heard from Alex since November when he shared with us the 5 important pillars any actor should take to heart before getting into the business.

After the jump, watch Alex’s latest vlog and check out clips from his new appearances on a popular daytime tv show, and the fun new award-winning tv pilot he stars in about “bros” becoming activists about pressing national issues. (feels very MTVish and very marketable!)

Like many of the alumni I cover on DT, you gotta love Alex’s perseverance!

“It’s been a great few weeks since the last vlog. My episode of “The Young and The Restless” aired, as did the skit I did with Kathie Lee Gifford for “The Tonight Show with Jay Leno”. (more Penn alumni that have appeared on “The Tonight Show” HERE)

(remember this other Penn alum who also starred on “The Young and the Restless”?)

I’ve been doing stand up regularly at The Comedy Store and performing improv at Upright Citizens Brigade and IO West.

We just launched the pilot I produced and starred in called BroDocs, which was recently named a finalist in The New York Television Festival. This is a non-scripted comedic documentary series we will be talking to production companies about for shooting the entire season. Future episodes will tackle immigration, green energy, feminism, poverty and child education – in bro fashion, of course.

I filmed a few sketches, yet to be released, for “Funny or Die”, most recently with Matthew Morrison from “Glee”.

It’s been a busy but great few weeks, and definitely looking forward to keeping it going.”